a person who participates in competitions

e.g. But he passed only four contestants down the lane of the 1 1/4-mile course for his poorest placement in seven starts.

the status of belonging to a particular country

e.g. He went to the club to for a meet and greet with some of the 336participants at the outing.

e.g. The 18-time Olympic champion advanced to the semifinals of the 200-meter butterfly at the U.S. swimming trials Tuesday with the fastest time in the preliminaries.

a close observer; someone who looks at something

someone who supports or champions something

e.g. Now, she’s a professional athlete, albeit still oozing charisma, andsponsors are betting big bucks on her to succeed again.

fairness and courtesy in following the rules of a game

e.g. The players are indulging in a handshake of sportsmanship, which will, of course, ensure impeccable behaviours.

e.g. Rugby is far more satisfying and fun, and it takes a lot more stamina.

the power to withstand hardship or stress

e.g. In recent history, when the Finals end with a for-it-all final showdown, the games are more battles of endurance than thrilling, free-flowing basketball.

e.g. Here’s the latest standings on who’s in and who’s out.

e.g. He was then dropped against Albania, coming on as a substitute in the second half.

the scene of any event or action

e.g. The performance transformed the sold-out venue into a deafening celebration.

a successful ending of a struggle or contest

e.g. The 18-time Olympic champion can punch his ticket to Rio on Wednesday with a victory in the 200 fly final.

e.g. Events for the decathlon are part of the first two days, while the heptathlon events are set for Friday and Saturday.

e.g. Instead, she ran the 60-meter hurdles and won, at which point someone leaked her test results to the press.

the sport of shooting arrows with a bow

e.g. There will be lake fishing, kayaking, archery and shooting sports, guided by expert instructors.

a contestant that you are matched against

e.g. Put another way, how could such groups find so many people willing to die for their causes, while their opponents found so few?

the act of jumping over an obstacle

e.g. Then she felt a twinge in her knee while landing a vault during practice in early April.

of or relating to or featuring horseback riding

e.g. When horseback riding was the dominant mode of transportation, equestrian shops were as common as fresh-pressed juice bars are today.

e.g. And he delivered, doing some synchronized moves with several pros that really did make an impression.

e.g. True, the loser will have another chance to qualify, in a repechage event next year.

the contestant you hope to defeat

e.g. In the “weight over the bar” event, competitors can use only one hand to toss a 56-pound weight over a horizontal bar.

e.g. “I thought he touched it with his hand. It was a difficult decision for thereferee.”

unfitness that bars one from participation in an activity

e.g. Failure to comply with these Official Rules may result in disqualificationfrom the Contest.

a handgrip that a gymnast uses when performing exercises

a counterattack made immediately after successfully parrying

e.g. It was the perfect riposte to anyone doubting his technique against the short ball and set the tone for a magnificent attacking century.

e.g. She tucked into a roll, turned the impact into a somersault, and came up standing. 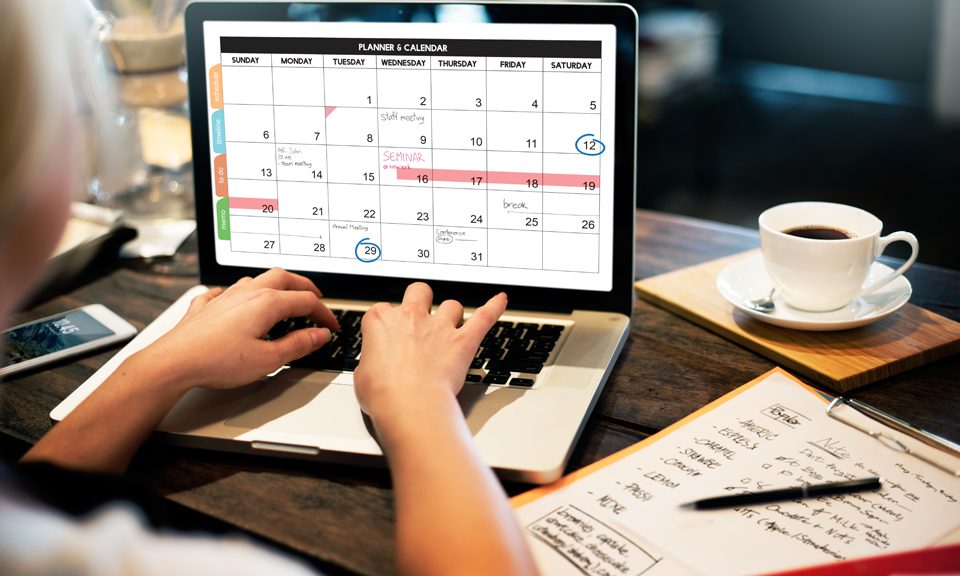 ☑ 先找转折 But, there is a big but.But是一个转折词，同样表示转折的词语还有：However, though, while, still, whereas, nevertheless, yet, on the other hand等等。转折词可以帮我们省半句话。如果大家看过非诚勿扰之类的节目，一定会记得女生无情拒绝的台词：“我觉得你人不错，性格也很好，工作稳定，但是……”然后，就没有然后了。其实在英语的阅读中，”But”也有完全相同的功能。

By far the most popular and most consumed drink in the world is water, but it may come as no surprise that the second most popular beverage is tea.

Although tea was originally grown only in certain parts of Asia – in countries such as China, Burma and India – it is now a key export product in more than 50 countries around the globe.

☑ 再剪修饰 Clauses are often worthless.语法相对扎实的同学会知道，英语的语句，尤其是书面语中，会有大量的从句。从句很多时候起到的是修饰作用，其本身会对信息的某一个要点进行细节的补充。因此，在PTE的考试中，基本可以奉行一个原则：从句的修饰部分，都可以无视。比如这句话：Countries that grow tea, however, need to have the right tropical climate, which includes up to 200 centimetres of rainfall per year to encourage fast growth, and temperatures that range from ten to 35 degrees centigrade.

By far the most popular and most consumed drink in the world is water, but it may come as no surprise that the second most popular beverage is tea.

☑ 最后剥栗子 There is no such thing as such…Such as在英语里是一个举例用的连接词，相似的还有for example, for instance等等。举例的实际意义在于用实据来说明证明观点。不过在PTE考试时，请抱着“栗子是什么？好吃吗？”的态度来面对Summarize written text，所有出现的栗子，哦不，是例子，都不重要。好了，闲话少说，我们来剥栗子：They also need to have quite specific geographical features, such as high altitudes to promote the flavour and taste of the tea, and land that can offer plenty of shade in the form of other trees and vegetation to keep the plants cool and fresh.

There is green tea, jasmine tea, earl grey tea, peppermint tea, tea to help you sleep, tea to promote healing and tea to relieve stress; but above all, tea is a social drink that seems to suit the palates and consumption habits of human beings in general. 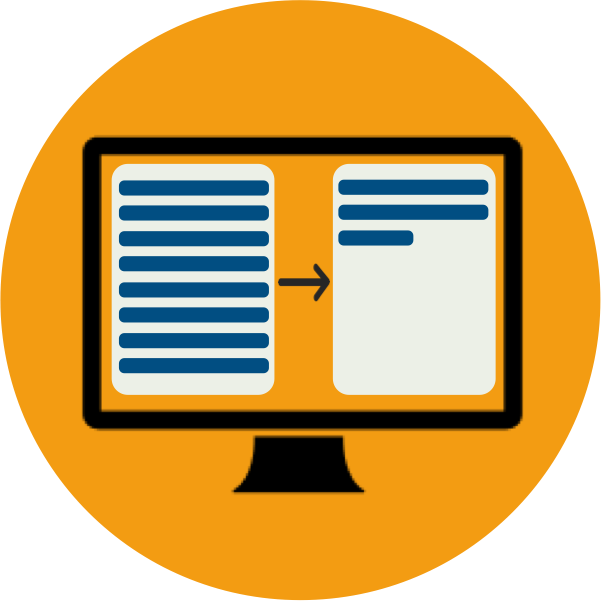 Setting up a business requires not only good ideas but also determination and skill. ( + The business is starting from nothing. The skill is about influencing people.)

☑ 79分精炼写法：Setting up a business from nothing requires not only good ideas but also determination and skill to influence people.

Despite the risk, he had encouragement. (The risk was in his decision to set up a new business. His wife encouraged him.)

☑ 79分精炼写法：Despite the risk in his decision to set up a new business, he had encourage from his wife.

People who set up companies take big risks, but they often gain significant rewards. ( + People invest their own money in these companies. The rewards are a result of their effort.)

☑ 79分精炼写法1：People who set up companies with investment take big risks, but they often gain significant rewards for their effort.

☑ 79分精炼写法2：Investors who set up companies take big risks, but they often gain significant rewards for their effort.

“Australian Indigenous Food”In its periodic quest for culinary identity, Australia automatically looks to its indigenous ingredients, the foods that are native to this country. ‘There can be little doubt that using an indigenous product must qualify a dish as Australian’, notes Stephanie Alexander. Similarly, and without qualification, Cherikoff states that ‘A uniquely Australian food culture can only be based upon foods indigenous to this country’, although, as Craw remarks, proposing Australian native foods as national symbols relies more upon their association with ‘nature’ and geographic origin than on common usage. Notwithstanding the lack of justification for the premise that national dishes are, of necessity, founded on ingredients native to the country—after all, Italy’s gastronomic identity is tied to the non-indigenous tomato, Thailand’s to the non-indigenous chili—the reality is that Australians do not eat indigenous foods in significant quantities. The exceptions are fish, crustaceans and shellfish from oceans, rivers and lakes, most of which are unarguably unique to this country. Despite valiant and well-intentioned efforts today at promoting and encouraging the consumption of native resources, bush foods are not harvested or produced in sufficient quantities for them to be a standard component of Australian diets, nor are they generally accessible. Indigenous foods are less relevant to Australian identity today than lamb and passionfruit, both initially imported and now naturalised.从题目当中，我们不难整理出，最重要的句子有以下三点：

☑ Australian native foods as national symbols relies more upon their association with ‘nature’ and geographic origin than on common usage.

☑ Australians do not eat indigenous foods in significant quantities.

☑ Bush foods are not harvested or produced in sufficient quantities for them to be a standard component of Australian diets, nor are they generally accessible.

Australian native foods, without sufficient accessibility and quantities of harvest and production for the consumption of Australians, rely more upon their association with nature and geographic origin than on common usage as national symbols to be a standard component of Australian diets.